Coloring Outside the Lines: Why Winemaker’s Shouldn’t Color to Relax

Adult coloring books seem to be a strong trend lately.  For my birthday this year, I found four of them on my desk complete with colored pencils and crayons from an anonymous co-worker.  I took the hint and tried it out.  Below was my first attempt. 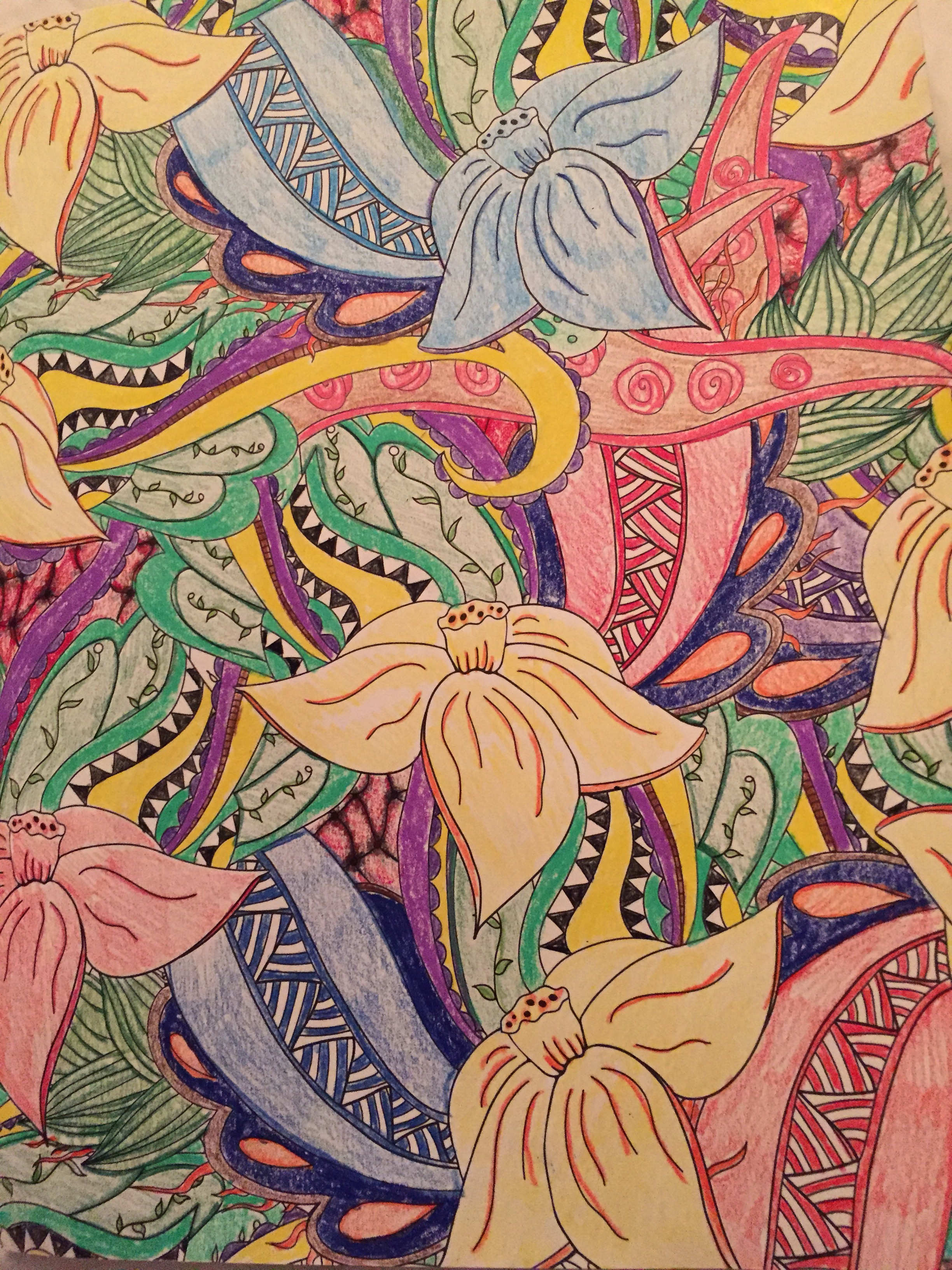 What began as an innocent coloring project immediately struck a nerve with my somewhat OCD tendencies.  Why I started with a blue flower, I have no idea, but ultimately it ended up stressing me out completely as I tried to balance the colors to not have any one color be dominant.  It also doesn’t seem to have any cohesive pattern so finding the patterns within the patterns while it was still black and white really didn’t become apparent until I was almost finished with the entire page.  Then there was the pattern underneath the pattern which looked a little bit to me like satin quilting so I tried to get artistic with shadowing and shading and it just ended up looking a bit demonic rather than the plush satin texture that I was intending. The result which is a strange chaotic mess, in my eyes, is why as a winemaker I always have a plan to start.  I always envision what the wine should look like at the end so that every step along the way has a purpose and a direction.  This picture continues to stress me out just looking at it now but even as stressed as I was, I was driven to finish it.  To see if, after everything started out strange and wrong, I could pull it back to something interesting.  There are many times I’ve had to do the same thing as a winemaker and it is no where near as relaxing as an easy ferment but the sense of accomplishment at the end is a good feeling.

The next one I planed out.  It was a page full of leaves in black and white.  Not wanting to do an entire page of green, I devised a story behind it to be right at the end of summer when it turns to fall and that first leaf starts to turn yellow and orange.  I picked the changing leaf and then worked on coloring in the balance of them with two shades of green in various shading patterns depending on leaf overlap.  The result, unfortunately pictured sideways here since it was colored in landscape, was a relaxing study of leaves which had a clear plan.  So note to self, if I don’t have a plan ahead of time, don’t start the drawing.  The chaos of the non-plan will cancel out any relaxing benefits of the physical act of coloring. 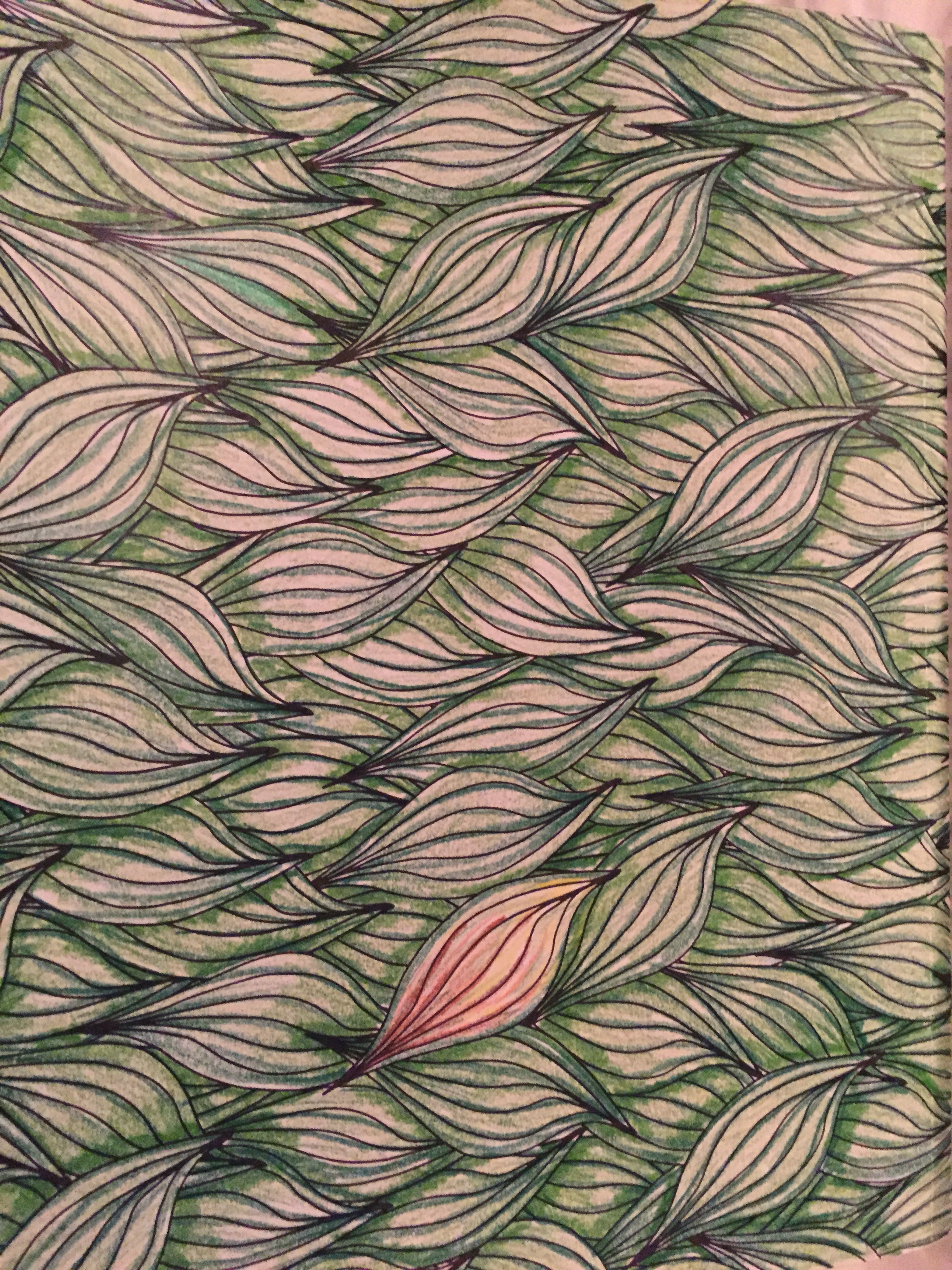