This has been an insane year.  I haven’t had much time to post at all which I’m incredibly disappointed by.  However, the 2018 harvest is shaping up to be a very interesting one.  Over the summer, my family and I relocated back to Napa, California but we are keeping our brand, Trestle Thirty One, from the Finger Lakes in upstate NY.  This requires me to keep on top of harvests on both coasts.  I’ll try to catch everyone up on what has happened so far.

It’s so similar to 2010 it is scary.  In 2010, the summer was mild with very few hot days post veraison with the one exception of right before labor day when all the Pinot Noir I was working with decided to jump 4 Brix over the span of a few days.  The color development was phenomenal and the whites and early ripening red vineyards had such incredible finesse, high acids, and intensely chunky tannins.  Early rains in October changed the mood and late ripening red vineyards struggled to reach maturity.  2010 was also when Brian and I bought our house in Calistoga and started renovations which would last 5 years.  We moved in around mid October and were harvesting and trying to get unpacked at the same time.

So here we are in 2018 with a mild summer with few heat spikes (minus the labor day heat that 2010 had), amazing whites with fresh acid, elegant Pinot Noir, and early Cabernets are showing color that is off the charts, low pHs, and lots of flavor and tannin stuffing.  We had almost 1.25 inches of rain last week however which soaked the vineyards and made me thankful I had brought my muckboots with me.  Ripening has slowed considerably and after an early run of fruit, the season has been achingly slow although quality is still amazing.  Just like 2010, the first rain was not really an issue.  It’s the second rain now that could cause problems.  It may be that mother nature will smile on us with a long and calm season.  Today was spectacular in Napa with plenty of wind to dry out any remaining wet spots.  With the heat tomorrow, I expect to see a wave of movement in maturity and predict the week of October 15th and 22nd will be VERY busy in the valley.

We are also unpacking from a move again, but unlike 2010, we didn’t have to do any immediate renovations on our new home which has been a welcome respite from home demo and remodeling.  Our 1885 house in Geneva, was finished only a week before we left NY and was sold to its new owners who were super excited to not have to do anything to it. 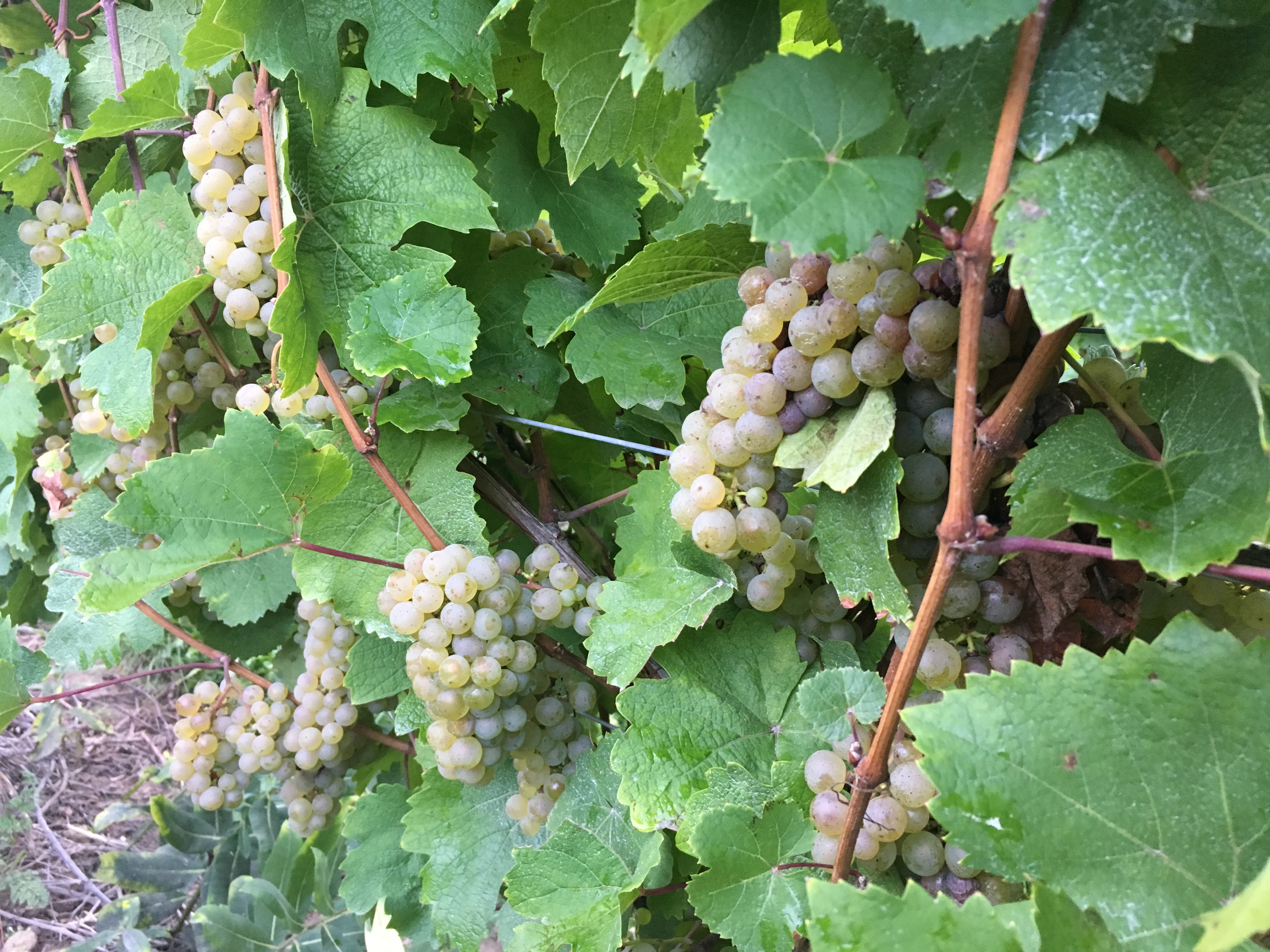 The Finger Lakes have had a very unusual growing season as is usual in the area.  I’m not sure if we can even say that upstate NY has a “typical” growing season.  Every year comes with its own surprises.  About the only thing you can count on in the Finger Lakes is you will come to a point where you have to gamble your crop and suddenly I think of Clint Eastwood in Dirty Harry.  “Do I feel lucky? Well, do ya, punk?”

2018 has been no exception.  On August 14th, 5 inches of rain fell over much of the area with some localized rain up to 9 inches.  Many homes were devastated and erosion was a problem in many vineyards in the worst hit areas.  Luckily for most of the varieties it was still early enough that the fruit wasn’t compromised.  The next wave came from Hurricane Florence remnants which dropped around 1 inch of rain around mid September but was no where near as bad as it could have been.  This caused some botrytis issues, particularly in Chardonnay and Pinot Noir.  We picked our Trestle Thirty One Chardonnay on Monday, September 24.  The hand crew did a fantastic job of sorting in the field and we ended up with a small but delicious crop of Chardonnay with beautiful chemistry.  It is currently bubbling away during fermentation and should be finished within a few days.

Then we turned our attention to Riesling.  The almost continuous daily showers have made this a challenging year for winemakers and growers alike.  Everyone has their own way of dealing with this type of season but we are taking the gamble and hanging the fruit.  The vineyard managers have done a great job of sending in crews to drop the fruit that has turned sour and leaving only the clean fruit.  I anticipate another pass close to harvest and then the hand harvesting will clean out whatever compromised fruit the first two passes may have missed.

At this point, I am doing my normal stalking of all the online weather information and have accuweather pages up for both Napa and Geneva, NY.  The main goal, realistically the only goal, is to make the best wine possible from both regions.  It’s been a fun harvest so far and I’m sure the best is yet to come.