Earlier this year I went on a trip to visit some of the German wine regions. I was in Germany for a work trip supporting our European sales team and decided to do a speedy tour through as many regions as I could during 3 personal days I took at the end of my trip. It was an amazing experience which I was fortunate enough to share with my friend and (at the time) fellow MW student, Martin Reyes.

We visited the Rhine, Pfalz, and my personal favorite, the Mosel.

I was extremely impressed with the quality present in the Rhine and Pfalz. Clearly we don’t get the good stuff in the US! In Pfalz we visited two wineries, Weingut Knipser and Geoge Mosbacher, both of whom changed my idea of wines outside of the Mosel which admittedly I have had a very, very small sample set up until this visit. 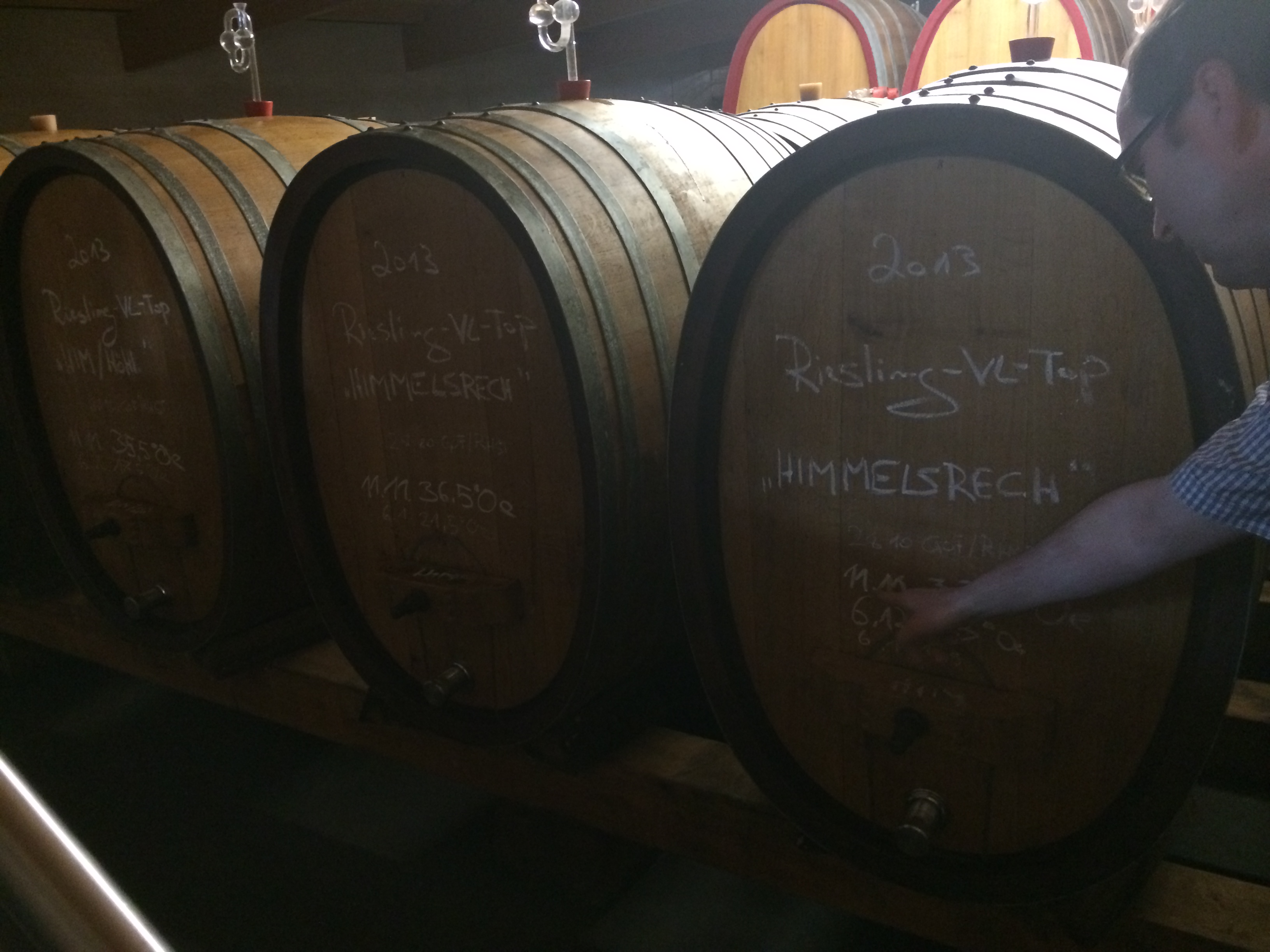 At Weingut Knipser we were hosted by Volker Knipser who was enlightening, not just for the wines but also for his eloquent statements which I felt driven to write down.

On Brands: “We are not a region for brands. Our name is our brand. You can be sure if you have a Knipser you have a good wine.”

On Reputation: “You can only work on your name. That is all you have!” – I could not agree more!

On Terrior: “ Wine is a mosaic. The site is a part of the picture but also important is what you plant, how you train, and what grows. The cellar, not so much but the producer is important.”

Their 2011 Blauer Spatburgunder was amazingly elegant and aromatic made from native yeasts. “If you are looking for body, look to other varieties” – Volker Knipser on Spatburgunder (Pinot Noir). I was starting to think this guy is a genius!

At Gerog Mosbacher we were treated to a lovely tour and tasting of some amazing Rieslings. Of course a super friendly winery dog accompanied us on all of our wanderings here. 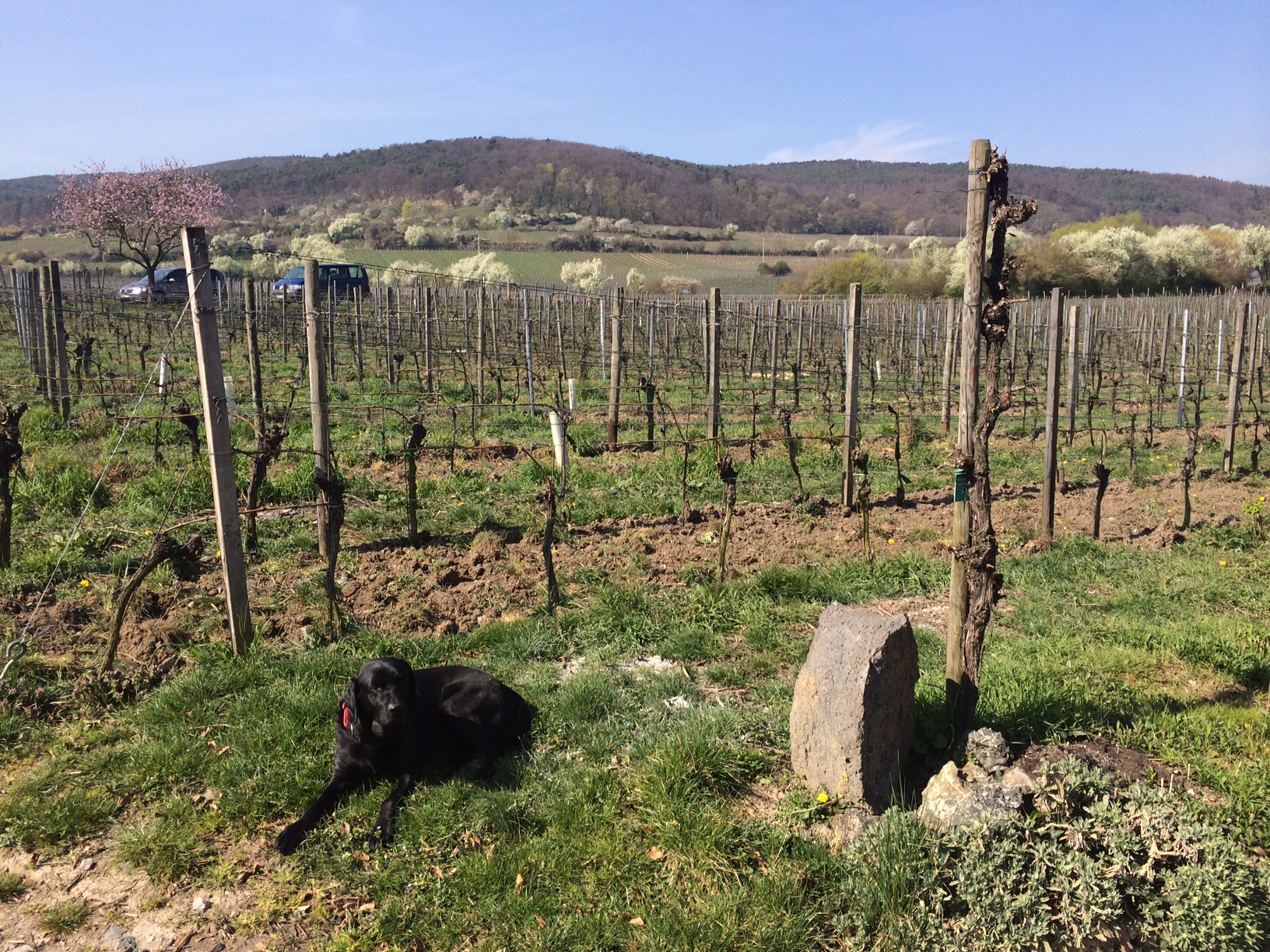 Here the current proprietors, Jürgen Düringer and Sabine Mosbacher-Düringer were our hosts. They were incredibly enlightening on the German wine classification system which was still completely greek to me until this point and the VDP’s (Verband Deutscher Prädikats or the German Quality Winegrowers Association) role in German wines. If you are a wine person, particuarly a Riesling person then it would probably seem that the VDP own most of the acreage in Germany however according to Sabine only 4% of the wineries in Germany belong to the VDP. They are invited to join by consensus of current group members. We tried several Rieslings grown on three different soils; Sandstone, Soils from near the forest, and Calcarious soils. The Sandstone had a decidely mineral flavor with lemon-lime hints, orange blossom, pear and apricot. The near forest soils had very sweet fruit, light minerality, apricot and grapefruit. The Calcarious soils were zesty and more linear in focus with sweet hay and very ripe apricot flavors.

We also had a fantastic discussion regarding the aroma of petrol in Riesling. Jürgen weighed in on this and stated that his opinion was that Petrol showing up within the first 2 years is definitively a fault in the winemaking process that comes from high pressure in the press and a high level of phenolics in the juice. However if it shows up after the wine is 10 years old it is the normal Petrol aroma of an aged Riesling. He also stated that atypical aging disorders come from sunburn, drought years or green phenolics from un-ripe years.

It was truly fascinating stuff!

Their top two wines were the following

A Very mineral driven, rich palate with linear acid which is almost Mosel in style. Lime zest and flinty characters on the nose and palate.

Ripe apricot, melon and cantaloupe with light minerality and ripe, rich fruit on the palate with a concentrated long finish. 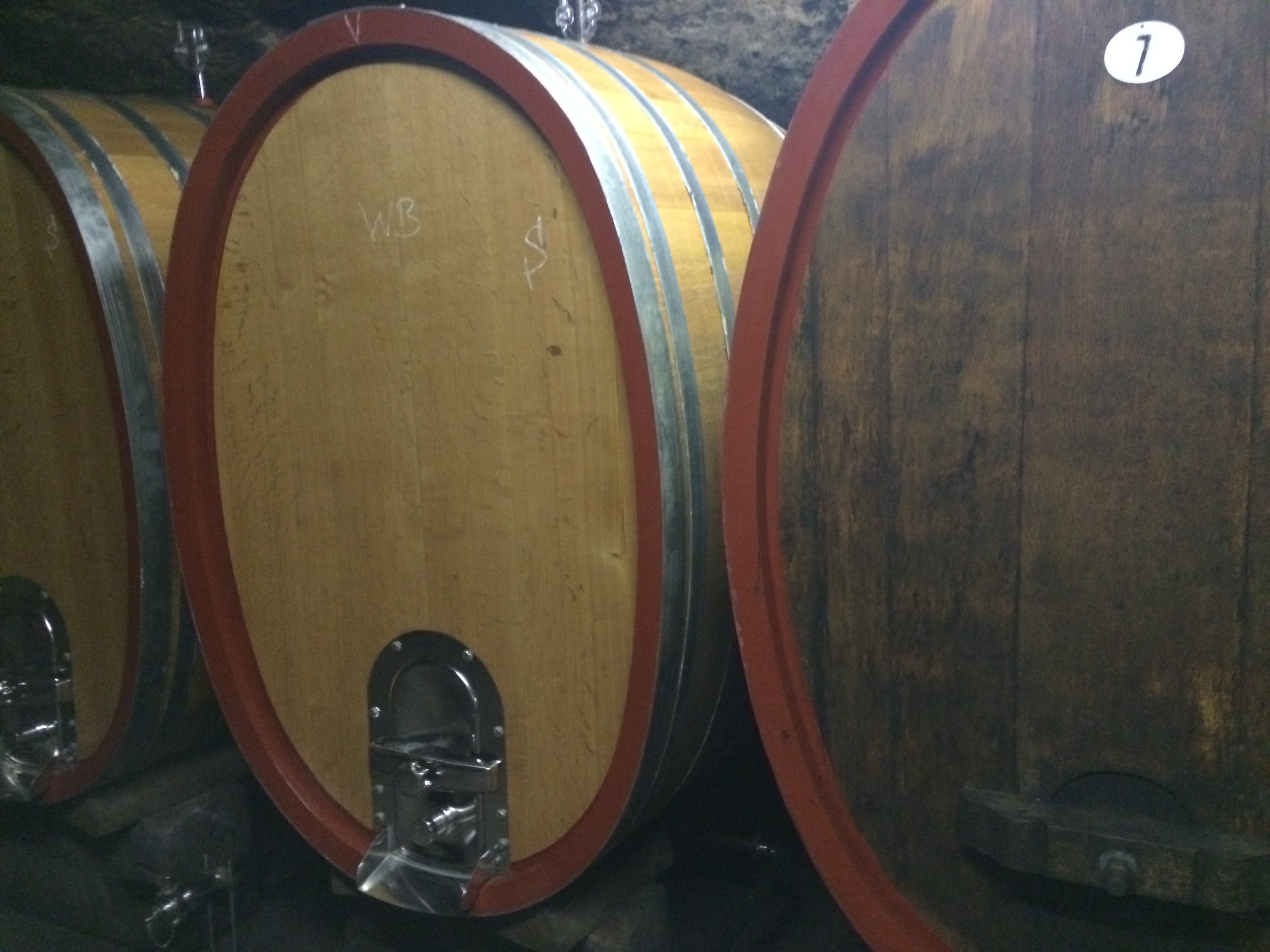