What is it like being a woman in wine?

Before everyone cringes and has the “OMG we’re going over that dead horse again” reaction, just hear me out.

This past weekend I was fortunate enough to lead a red wine blending seminar at the Women for Winesense Grand Event in Geneva, NY.  We had a good time and I feel that the 17 people who attended got a sense of what we, as winemakers, go through on nearly a daily basis.  The stress of finding the right mix, the impatience and nervousness of waiting to see how a blend is received and for a few, the joy of triumph as their blends were selected as the top few. 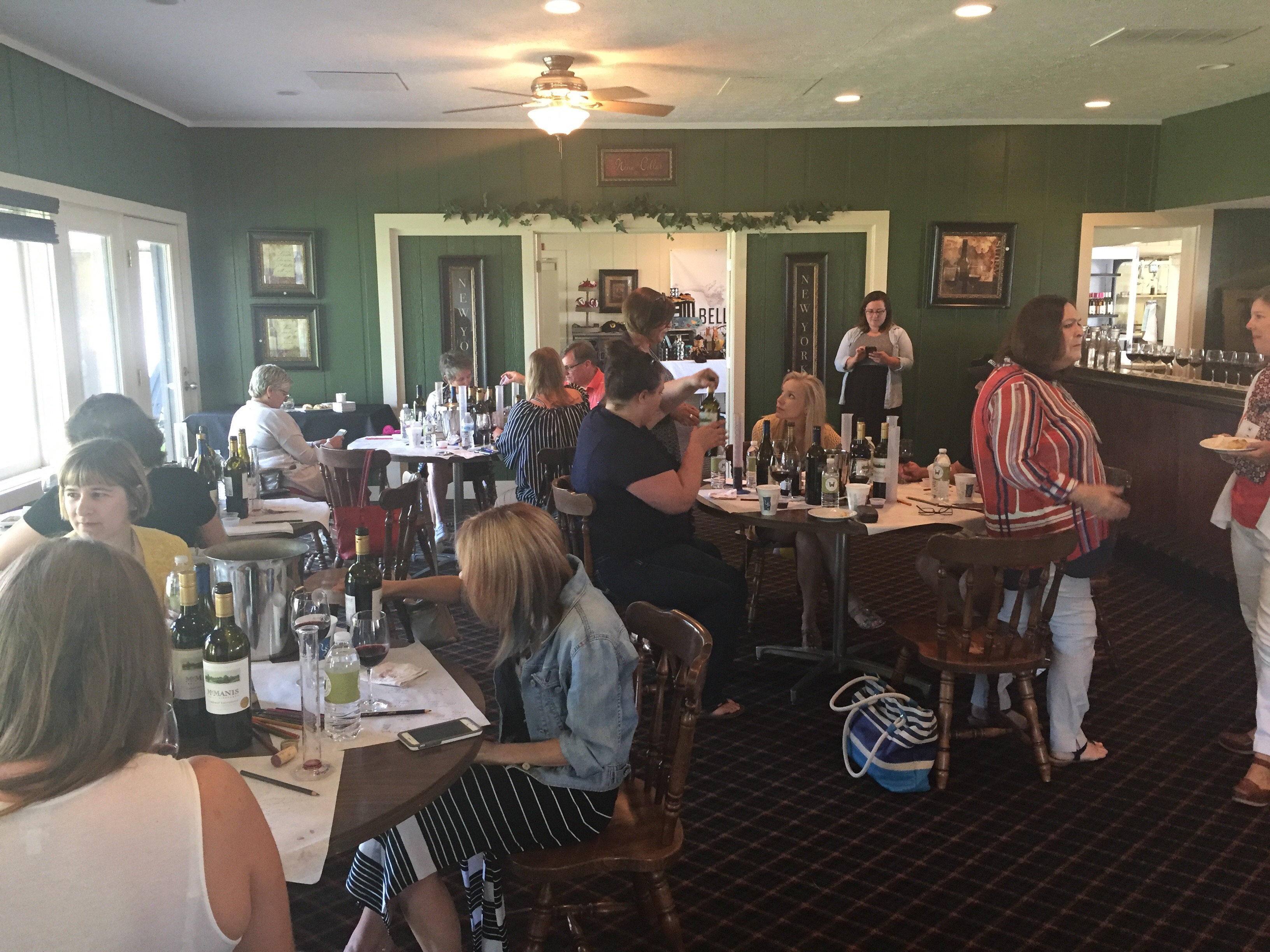 After the blending seminar, our small group rejoined the rest of the conference goers for a lunch with a key note speech by Karen MacNeil.  Her talk focused on what it means to be a woman in the wine industry.  She made several interesting comments during the talk, many of which I agreed with and others that made me wonder if she was right.  One such topic including pointing out that women have yet to really reach parity with men at the top management of major companies.  While the facts are undeniable that men maintain the majority of senior leadership, I have to question if it is truly a failure of companies to recognize and promote women or if it is more ourselves as women shying away from roles beyond a certain level.  MacNeil also seemed to believe it was women holding ourselves back.

She also read a quote only referencing a well known woman winemaking consultant stating that that woman had found that the most successful women winemakers tended to dress more masculine, have short hair or hair pulled back, and adopted a “manly” attitude to better fit in.  The quote seemed to be saying that this particular woman felt that maintaining a womanly demeanor was instant career suicide in our industry.  Being a woman who likes to get dressed for the occasion whenever possible, I didn’t exactly agree with this concept.

This got me thinking about my time in the industry and what I have encountered.  I learned quickly during my time in Napa that at public events if I dressed up, particularly in heels, nearly everyone assumed I was either sales or marketing.  Therefore I adopted a habit to dress up from the waist up and jeans and vineyard boots from the waist down.  This look, while odd, got the point across to most people.  My husband even mentioned at one point “Why don’t you just dress like a winemaker?”  I laughed and  responded, “I am a winemaker. Therefore, however I dress is dressing like a winemaker!”

I’ve had more than one occasion where I’ve been spoken over in a meeting, had my opinion dismissed, or been completely ignored.  I’ve even been told that I don’t know what I’m talking about from a male colleague and I’ve been told that my passion is dangerous by a female colleague.  I’m not sure either would have said the same to a man.  I was told by someone, after I had my son, to not bother sitting the MW exam that year due to the natural shrinking of a woman’s brain which occurs during and after pregnancy. I’ve also been mentored by some of the most generous people in the industry both male and female.  These people have given me advice on my career even if what was in my best interest would make their lives more difficult.  It is these mentors I hope I can become more like.  I strive everyday to be less like the former colleagues and more like the latter.

In the end, I’m not convinced it is a male vs female issue anymore.  I think it may be more those who are self confident vs those who feel threatened.  The lack of women in leadership may be because the women who would be most qualified are making a choice to maintain some level of work life balance.  It may be that those women who can have it all, are choosing to have it all by still being routinely home for a family dinner every night rather than storming the global business world.

I’m always trying to run the gambit of how things will be perceived to avoid labels of being “soft” or the dreaded “B” word.

So what is it like to be a woman in the wine industry?  I can only speak from the perspective of a winemaker.  It’s being aware that the clothes you wear project an image of who you are to people who don’t know you. Having to pick outfits with care balancing a desire to appear feminine with socially acceptable norms for winemakers wear, particularly for industry events.  Being in meetings waiting patiently for a moment to speak with the hope that you’ll have a voice when the time comes. Pouring wine for people, knowing full well that they had no idea you are the winemaker behind it, while mentally arguing with yourself about how pompous you would sound if you just said “I’m the winemaker.”  Always trying to run the gambit of how things will be perceived to avoid labels of being “soft” or the dreaded “B” word.  Just assuming that you’ll always end up making some one mad just by existing where ever you happen to be and trying not to take it too personally.

That is what it’s like being a woman in the wine industry today.